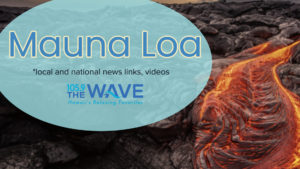 Celine Dion shared her personal health struggles for the first time in as many months, explaining her diagnosis and what happens next for her live performances, touring, recording… (People)

Steve Martin and Martin Short have changed up the “SNL” promo and I’m here for it!:

Comedy Central’s “The Daily Show” is not rushing to replace exiting host/comedian Trevor Noah, who announced earlier this Fall that he decided it “was (his) time” to continue his journey 😉 . In mid-January, the news’ish program that welcomes public figures in entertainment, politics, and world events will have a variety of folks sitting in like DL Hughley, Chelsea Handler, and Al Franken… (Entertainment Tonight)

New trailer for Netflix docuseries, “Harry & Meghan” – the UK’s Prince Harry and his wife Meghan Markle, also known as the Duke and Duchess of Sussex – reveals there are two volumes to air, with the first on December 8th…:

The “Dick Clark’s New Year’s Rockin’ Eve” will continue with Ryan Seacrest as its main host in New York City and satellite city celebrations around the US, including Disneyland and New Orleans… (US Magazine)

“…worse than the total agony of being in love?” – a line from “Love Actually”, a film that’s become part of the romcom AND holiday season of giving! Below, ABC News’ Diane Sawyer’s special with the cast and more of “The Laughter and Secrets of Love Actually: 20 Years Later – A Diane Sawyer Special”:

The White House shared its Christmas theme and decor for 2022 with trees, wreaths, and over 80,000 big and small holiday lights… (NPR)

The U.K.’s Royals are coming to America: Prince William and Kate Middleton are heading to the East Coast this week and touring Boston, local area… (Huff Post)

Are you ready for New Christmas Music? Let us know after checking out some of the “Best new Christmas Songs of 2022”… (USA Today)

A gentle look at the life of filmmaker Steven Speilberg in the somewhat-autobiographical piece, “The Fabelmans”, starring Michelle Williams, Paul Dano, and Gabriel Labelle as the young Sammy Fabelman, fashioned after Speilberg himself. Sort of!… (Yahoo!)

Fans can enjoy which movie roles Could Have Been! Brad Pitt in “Almost Famous”? Who else was considered for the part of “Rose” in “Titanic”?… (US Magazine) 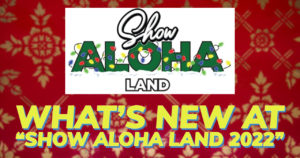 What A Deal Wednesday